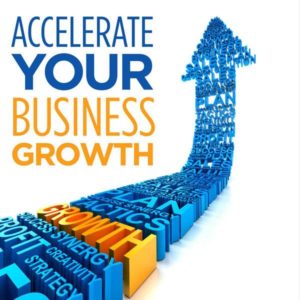 As we shared in this post, our founder, Jennifer Peek, was recently interviewed by Diane Helbig on the Accelerate Your Business Growth podcast. Diane and Jennifer focused on building business value – not just for a possible sale but also for overall business health. We highlighted the issues with minimizing taxes, three things to maximize business value and why you want to buy a business vs starting one from scratch in our last highlight post. In this post, we’re highlighting the mistakes business owners make whether they buy a business or start their own. And, of course, you can get all the insights by listening to the full episode here.

Diane Helbig: …What are some mistakes that business owners should avoid?
Jennifer Peek: In an acquisition or in general?

Mistake 1: Being Too Reliant Upon Certain Employees

Jennifer Peek: In general. I think one of the biggest things that every business owner struggles with is that it’s very easy to get personally attached to either people or decisions that have already been made. Most business owners are notoriously bad at firing people. You really want to give people the chance. You, as the company, and as a business owner have invested time, maybe you’ve paid a recruiting fee. You don’t want to feel like it’s wasted money and wasted effort. And it’s just messy. No one likes to fire anybody. So there’s a lot of attachment that happens with personnel.

Now if you’ve got a really toxic person it’s usually easier to make that decision than if you don’t. What I have seen though is a lot of times those folks are also some of the highest producers. They’re the best salespeople.

Jennifer Peek: Right. They’re the best salespeople, but they’re really about to drive everybody else in the company insane. The dynamic that gets created there is that as the manager, the owner, whomever, you can’t tell everybody else in the company what you’re doing to address this person’s behavior, short of just simply firing them. At the point that you fire them it’s very obvious what you’re doing to address their behavior. That’s a critical issue, and I think a lot of business owners really want to hope that it just fixes itself, and it never does.

The challenge is, is that the business owner knows by firing that person that whatever that person was producing, right, all of those sales, those customers, they know what that’s going to cost them. It’s very hard to calculate the cost of them irritating and antagonizing everybody else in the company because that’s invisible. So, personnel issues are always one of the big things that I think are a challenge. Not having a feedback process, a review process, a structure around employee management, performance, behavior, those types of things, that is generally one of the biggest issues we see in smaller companies. Mostly because policies and processes aren’t strong suits of any small business owner. And, HR is going to be one of the last places that those things get put into place.

Mistake 2: Not Knowing the Full Cost of HR Decisions

Jennifer Peek: Related to that is the cost component of not having a defined position outline or a pay scale internal to the company, or when people are going to get raises. Oftentimes I see business owners who get reactive with that solution, and they end up just paying too much. For example: You know Suzy is going to leave and if Suzy leaves we’re up a creek, so you give her a raise. Now you’ve given Suzy a raise that honestly we’re not sure that the company can afford. What are we going to do about these other people when they threaten to leave? Are we just going to give them more money? So there’s that cost component of HR management as well. For any service organization, your people are the ones that are providing the service to the customer. So they can’t leave. Well they can. But it can sometimes feel like the reverse of the golden handcuffs for business owners.

Jennifer Peek: The other mistake that I often see business owners make is not truly understanding the profitability of their services or their products. They may know it in total for their company, but they don’t really know which ones are contributing the most to that profit and/or, conversely, which ones are costing them the most. So there’s this idea of a loss leader. Which is, this is how we get people in the door, and it’s worth it if we don’t make any money on that product or that service, because 70% of them are going to go on to buy this other thing that we know is really profitable.

That sounds fantastic. It’s true, right. Is it true? Most business owners can’t mathematically tell you whether that’s true. And the challenge with that is then if you’re going to make other decisions other than that. For instance, I know that 70% of these people buy this product, so I’m going to increase the price on that product. Well when that happens are they still going to buy it? Is it still going to be 70%? What if it’s only 50%? Then what happens? Really having an understanding of what that looks like, and understanding the math behind it is important.

Client Example: I have a client that had a relationship with a buying group that they decided to expand. What that relationship came with was a prescribed price list that had certain discounts attached to it. That buying group moved from 2% of their revenue to 20% of their revenue. Which sounds good, except that the cost, at the same time that they made that decision, moved from being 35% cost to being 45% cost. So now there is 18% more of their revenue that’s even more expensive than it used to be. It was very, very telling. So understanding where you’re at, where you want to go, and measuring that along the way so that you can make better decisions, instead of looking up one day and saying, “Holy goodness, we’re not making any money and I don’t know when that happened,” is a good idea.

Diane Helbig: Because as you were saying I was thinking, “Yeah, yeah, yeah. Get it. Yeah. Yeah, that’s a problem.”

Remember…you can find other highlights from this podcast interview here. And, be sure to listen to the full podcast to get these key insights.